This month, we focus on the work of Latinx writers. The rich trove of books by authors and poets from Spanish-speaking countries and the U.S is one well worth diving into. We begin with one of our book club favorites - 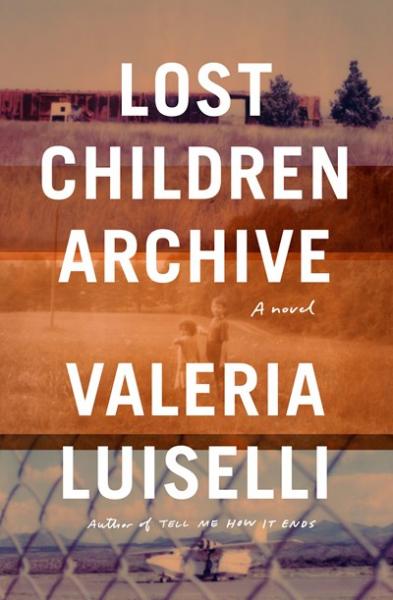 With the global pandemic, racial unrest, and the looming election at the forefront of our collective conscious, it’s easy to forget that, in the midst of this, there are still children being held in horrific conditions in detention camps at the U.S./Mexico border.

Valeria Luiselli’s inventive novel, Lost Children Archive, addresses the challenges that undocumented immigrants face in their struggles to gain a better life for themselves and, under sometimes insurmountable odds, to keep their families together.

The story is told for the most part through the eyes of a mother traveling across the country with her blended family - her spouse, his son, and her daughter. The purpose of the trip is two-fold on the surface - family road trip combined with research project. The father, an academic who  is delving into the history of the Apaches. The mother is searching for the children of her friend Manuela. The last Manuela heard, they had disappeared from a detention center in Texas.

The story is told through songs, maps, books, polaroids (which are included at the end of the book), and the contents of the boxes each family member brings with them. (I disagree with the decision to place the polaroids at the end rather than interspersing them with the narrative, but this is a small complaint.) The photographs were ostensibly taken by the boy, and they show an eye that is honest and curious if untrained, focusing more on the decay of human-made objects rather than the postcard-like shots of the Southwest one might expect. Their contribution to the emotional impact of the story is poetic.

None of the characters is named, other than the pseudo-Native nicknames they give themselves. It becomes obvious early on that the parents’ marriage is in trouble. The father, detached and driven, has an obsession with Geronimo that borders on cultural appropriation. His work is so much at the forefront of his consciousness that he all but ignores his family. The mother’s concern for the lost children and despair over her troubled marriage often gets in the way of her own children’s needs. Indeed, the whole story is an eloquent commentary on the disparate degrees to which children are valued depending on their circumstances.

The boy decides to take matters into his own hands toward the end of the book (I won’t spoil how) and the point of view shifts to his perspective. If I have any quibble with the writing, and it’s a small one that I got over the further I read, it is that the 10-year-old boy’s voice is written with a wisdom, vocabulary, and worldview far beyond his years. That small tic aside, Luiselli’s writing is a punch in the heart. She moves all of these complex storylines forward in a way that makes them come together with a naturalness and inevitability that is nothing short of breathtaking. Readers will be sitting on the edge of their seats holding their hearts in their laps by the uneasy end.

This beautiful new edition of Allende’s heartbreaking story of her daughter’s coma and how it affects everyone around her, is coming out in September.

This story of a college professor with a troubled family who takes an undocumented teenager under her wing is full of heart, compassion, and even some wry humor.

This epic classic is one of my all-time favorite books. If you are able to stop reading after the first sentence, check your pulse - “Many years later, as he faced the firing squad, Colonel Aureliano Buendía was to remember that distant afternoon when his father took him to discover ice.”

The author of Her Body and Other Parties turns her dark yet playful eye to memoir, essentially redefining the genre.

The best poems from one of the best poets to have walked the earth. This 2004 collection was published by City Lights to celebrate the centennial of Neruda’s birth. For more Neruda, see the poems below:

Poet of the Month - Pablo Neruda

The following poems are from Neruda’s Canto General (University of California Press, 1991)

The Bishop raised his arm,

he burned books in the plaza

in the name of his little God,

turning to smoke the old leaves

And the smoke does not return from the sky.

I must summon them here as if they were here.

Brothers and Sisters: rest assured that our

struggle on earth will continue.

It will continue in the factories and fields,

in the streets and nitrate works.

In the crater of green and red copper,

in the coal and its terrible cave.

Our struggle will be everywhere,

and in our hearts, these flags

that witnessed your death,

that were bathed in your blood,

of the infinite springtime.

America, I Do Not Invoke Your Name in Vain

America, I do not invoke your name in vain.

When I hold the sword to my heart,

when I endure the leaks in my soul,

when your new day

penetrates me through the windows,

I’m of and I’m in the light that produces me,

I live in the shade that determines me,

I sleep and rise in your essential dawn,

sweet as grapes and terrible,

conductor of sugar and punishment,

soaked in the sperm of your species,

nursed on the blood of your legacy.

Solutions and Other Problems by Allie Brosh 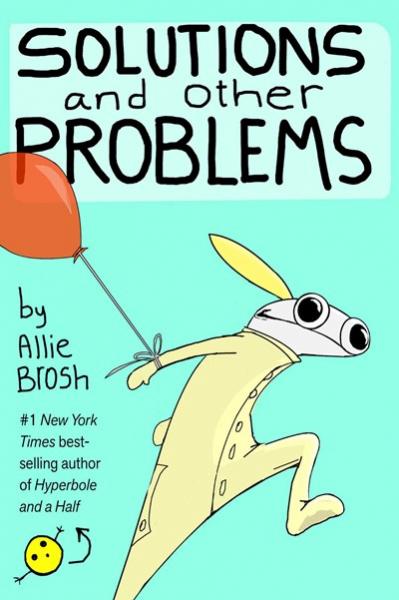 The wait is over!! Allie Brosh’s new book has all the bittersweet angst that fans lapped up seven years ago in Hyperbole and a Half. From hilarious confessional stories from her childhood to heartbreaking essays on grief and loneliness, it is an intimate look into Brosh’s struggles to become whole in the face of immense adversity. The illustrations pop off the page, with her wide-eyed self portraits leading us through the labyrinth of emotions that is her life. Brosh fans, your patience has paid off.

In the mood for some pulpy fun? Click here to read a history of Mexican horror comics.

We are thrilled to be open after what seemed like a long shutdown, and we share this elation with bookstores around the country. We missed our customers and are so happy to see all of your faces again, even if they are partially obscured by masks. Click here to read about bookstores as a symbol of resistance in turbulent times.

One Hundred Years of Solitude (Paperback)

In the Dream House: A Memoir (Hardcover)

Solutions and Other Problems (Hardcover)