Miles Budimir's new collection is Departures, published by Burning River. He is the author of Rustbelt Romance (deepcleveland) and his work has appeared in Poetry Motel, Moonlit, Compost 2010, ArtCrimes, The Long Islander and Muse. He is a philosophy lecturer and freelance writer whose articles have appeared in The Plain Dealer, The Cleveland Free Times and Northern Ohio Live.

Sarah Marcus holds an MFA in Poetry from George Mason University. She is a staff blogger at So to Speak: A Feminist Journal of Language and Art. Her work has appeared or is forthcoming in Cimarron Review, Calyx Journal, Spork, Nashville Review, Slipstream, Tidal Basin Review and Cold Mountain Review among others. She was a grand finalist for the Joanna Cargill Coconut Book Prize for a first book and the 2012 Booth Poetry Prize Runner-Up, as selected by Linda Gregg.

Jesse McGuinness was born and raised in Cleveland, Ohio and holds a degree in English and Creative Writing from Oberlin College. Some of her poems have appeared in Slow Toe and Hot Metal Bridge. She was chosen as a finalist in the Baker-Nord Center for Humanities poetry contest juried by Jorie Graham. However, in recent correspondence with Franz Wright, she was informed she is "a total fruitcake." She works at CWRU as the administrator in the Cognitive Science Dept. 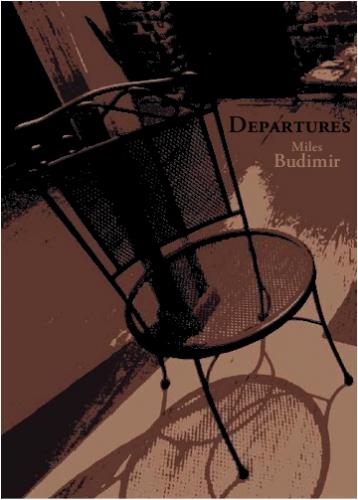