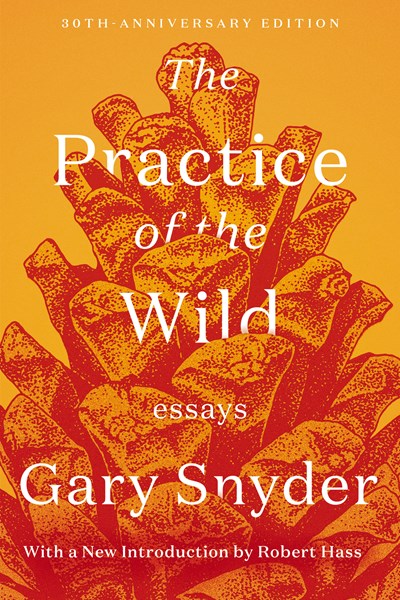 April is Earth Month and Poetry Month, and what better time to revisit the work of nature writer and poet Gary Snyder, specifically his 1990 essay collection The Practice of the Wild. While there have been countless books dealing with nature and the climate crisis in recent years (a few of which are recommended below) it is edifying to reread Snyder’s compassionate, philosophical, mythopoetic take on the interaction of humans with nature.

Snyder spent much of his youth in the logging industry. His essays on forests are often informed by that experience. His views, like those of ex-logging worker Suzanne Simard (Finding the Mother Tree, see below) are shaped by this dichotomy of destroyer-turned-conserver. In his essay “Ancient Forests of the Far West,” he discusses the importance of preserving the old-growth forests that he once participated in clear-cutting.

Snyder is famously a practitioner of Zen Buddhism, and Buddhist philosophy and imagery run a thick vein through his work. In “On the Path, Off the Trail,” he equates “path” with “way” in the Zen tradition. The concept of being present to the  moment, of seeing each daily task as having equal value, is a practice that would benefit us all in these days of crises piling on top of each  at an overwhelming rate.

Several of the essays in this collection address the language we use when speaking of wilderness, and the different meanings of the word “wilderness” itself. In the opening essay, “The Etiquette of Freedom,” he broadens the definitions of the words “nature,” “wild,” and “wilderness,” inviting us to look deeper into their etymology and how it relates to the modern world.

In “The Place, the Region, and the Commons,” he examines where we as humans are in relation to the wilderness. He observes that borders and boundaries are human constructs, thus not acknowledged  by the wild. “Tawny Grammar”  posits the concept of culture as human ecology, using the parameters of language, philosophy, music and dance to draw parallels between what humans have created and what nature creates. The essay “Good, Wild, Sacred” examines the meaning of each of these words and whether the three can co-exist in today’s society.

Snyder uses myth to put a frame around how humans have viewed the wild throughout history. “Blue Mountains Constantly Walking” looks at the mythology of mountains and water in world creation stories. “The Woman Who Married a Bear” presents a Tlingit myth and its variants throughout the world. In “Survival and Sacrament,” he puts forth the importance of viewing the earth as sacred and of developing rituals to celebrate that sacredness.

In each essay, Snyder includes quotes from Zen masters as well as his own poetry and the poetry of others. The book is a vital collection that, even 32 years after its initial publication, stands up as a classic of environmental writing. The 2020 edition, published by Counterpoint, includes an introduction by former U.S. poet laureate Robert Hass that beautifully expresses the relevance of Snyder’s words to today’s climate emergency.

Read on for more recommendations for Earth Month reading -

The Book of Hope: A Survival Guide for Trying Times by Jane Goodall

Famed naturalist and humanitarian Goodall gives us the most delicate, fragile threads of hope for the future in this book based on interviews with Douglas Abrams (The Book of Joy.) This book is a balm for the despair that many of us are feeling in the face of the current climate emergency.

Jahren’s memoir is a love letter to science, nature, and family, both found and biological. Warm and accessible, it is the account of the magic that happens when a person’s work is also their passion.

This achingly beautiful book on deep ecology is told from a Potawatomi perspective. Kimmerer, a professor of environmental biology, writes with elegant, sweeping prose. She invites us to look at the earth at a cellular, cyclical level, and to appreciate that humans are not separate from it.

Much of this collection of essays reads as prose poetry, written with a deep sense of yearning for connection with the wild. And if you’re looking for a laugh, look no further than her short piece on pushing goats.

The Overstory by Richard Powers

This stunning novel is a deep dive into the life of a single tree and its impact on the lives of a disparate group of individuals. The multiple viewpoints add not just color, but a sense of empathy. (One of the characters was inspired by Suzanne Simard. See below.)

This highly detailed account of Simard’s evolution from logging industry researcher to old-growth forest advocate examines the intricate relationship between trees and fungi. Part memoir, part scientific treatise, Simard takes us not only through her work, but through her struggles with cancer and the loss of her brother.

In celebration of Poetry Month, a few poems by Gary Snyder and Linda Gregerson -

in the blue night

the creak of boots.

what do we know.

The rising hills, the slopes,

of everything, going up,

In the next century

or the one beyond that,

we can meet there in peace

if we make it.

To climb these coming crests

one word to you, to

you and your children:

and therefore by definition was able

to pause without braking, resume without

a burst of petrochemicals, besides

the day was mild and all before me which

did not in the end do a bit

of good by the time the puzzled motorist

had stopped, had gestured,

seen me gesture in return, believed me.

Great boots! he called as he rounded

for the fight against global warming.

But let me revise the part about no

This hallucinatory 600+ page novel in verse will toss you around like a load of laundry in a dryer. It’s the story of Una Fogarty, an Irish woman whose life has been shaped by childhood tragedy and youthful recklessness. Her story is told by her brother Dan who turns out to be the most unreliable of narrators. The language rambles and rants, tumbles and somersaults, ping-ponging through Una’s tragic childhood to her days as a hippie to her current life in a mental institution. Dan and Una’s lives are scarred by suicide and marked by the ghosts of the motley cast of characters who have paraded through their past. McCabe writes with the heightened rhythm of centuries of Irish storytellers and poets and sets it all to the music of Mott the Hoople and King Crimson. Open it up and let it wash over you.

An Olive Grove in Ends by Moses McKenzie

Sayon has had dreams since his youth of getting out of his crime-riddled Bristol neighborhood. Yet a long series of events beyond his control coupled with his own bad decision-making keep him deeply entrenched in the life of a drug-dealer. He longs to prove himself worthy to his childhood love, Shona. a preacher’s daughter, but a violent act and the tangled web of blackmail that spirals out of it threaten to derail Sayon’s life completely. McKenzie writes gut-clenching suspense and lays it all out against the backdrop of a tightly-knit Jamaican community.The patois that rolls out of the characters’ mouths adds a vibrant musicality to this tale of violence, heartbreak, and redemption. Fans of A History of Seven Killings will enjoy this one.

Drawing on mythology, memory, and dreams, this new collection of prose poems from Pulitzer Prize winner Momaday reads like the words of a shaman. There is wisdom and wonder in these simple parables, which touch on themes of nature, love, folklore, and mortality. Each poem is like peering through a soft fog, the details emerging as we look closer. 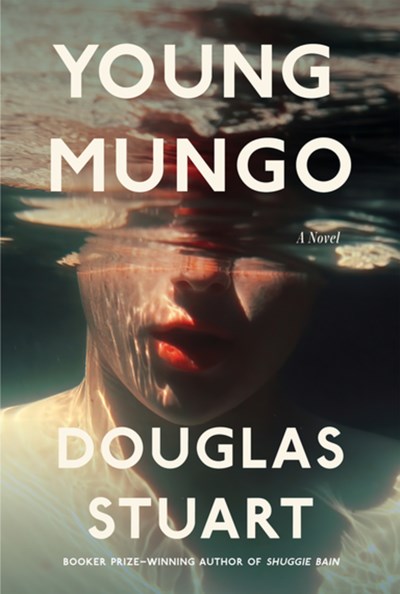 Exciting news! In last month's blog post, I wrote a preview of Douglas Stuart's upcoming book Young Mungo, coming out on April 5. Stuart is the author of the much-beloved and highly acclaimed novel, Shuggie Bain. On April 26, Stuart will be at CCPL's Parma Snow branch. Click here to register for the event

Please indulge me in a bit of maternal boasting. Enjoy Meteor, a video by my firstborn Robin Harper Latkovich, an Official Selection at the 2022 Standing Rock International Shorts Festival.

Click here to read an interview with Margaret Atwood and Jane Goodall on hope in the face of climate change.

Click here to view a poignant collaboration between a preschool poet and a Ukrainian animator.

Our hearts are with the people of Ukrainie, whose poets continue to put a frame around their country's beleaguered history. Click here to read poetry by Iryna Shuvalova.

The Practice of the Wild: Essays (Paperback)

The Overstory: A Novel (Paperback)

Finding the Mother Tree: Discovering the Wisdom of the Forest (Hardcover)

An Olive Grove in Ends (Hardcover)