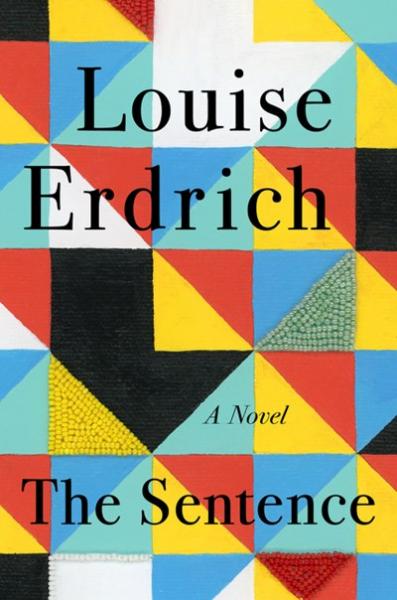 Happy New Year! We’re going meta this month, focusing on books set in bookstores and libraries. If there is a unifying theme in most of these books, it is the high quirk factor that accompanies life in a repository of literature. Award-winning author and bookseller Louise Erdrich’s new one is a salute to booksellers wrapped in a horror story wrapped in social commentary. A turbooken, if you will.

The Sentence by Louise Erdrich

Tookie is haunted. The narrator of Louise Erdrich’s compelling new book has a lot of ghosts in her life, figurative ghosts in her past and a literal ghost in her present. Fresh from a prison sentence served for a crime half-unwittingly committed involving a corpse and smuggled drugs, she marries Pollux, the cop who arrested her, and gets a job at a bookstore specializing in Native literature and arts. (The store is modeled on Birchbark Books, Erdrich’s real-life bookstore in Minneapolis, and Erdrich writes herself into the book as a side character.) Tookie and Pollux’s marriage is solid and lusty, if somewhat utilitarian.

One of the store’s most problematic yet loyal customers, Flora, has recently died, but her ghost continues to wander the stacks. Flora was a white woman who appropriated every shred of Indigenous culture in her path. She is what Tookie calls a “wannabe,” desperate to be Native, even dredging up an ancient photograph of a relative who may or may not have been Indian. Tookie muses on seeing the photo, “The woman in the picture looked Indianesque, or she might have just been in a bad mood.”

Flora dies on All Soul’s Day, and about a week later her foster daughter Kateri, gives Tookie the antique book that Flora was reading when she died. The book is entitled The Sentence, and Kateri has bookmarked the page that Flora was reading before her death. Tookie puts it on a shelf and doesn’t think about it until Flora’s ghost begins to torment her. As she and her family and co-workers race to unravel Flora’s intentions and the significance of the book, the hauntings become more and more horrifying.

The action in The Sentence begins in November of 2019 and ends a year later. No one need be reminded of all that transpired in the world and in Minneapolis in particular in that time frame. The book does not shy away from any of the real-world horrors of 2020, layering them with the complex personal issues of its characters like a nightmarish cake. The reader relives the anxiety and uncertainly of the early days of Covid and is placed in the epicenter of the fallout caused by George Floyd’s murder.

The book is multi-tiered, timely, and as open as a fresh wound, but It is also a love letter to independent bookstores. Anyone who has worked in or shopped at a small bookstore will recognize themselves among Erdrich’s eccentric cast of characters. Her detailed accounts of the minutiae that go into curating a collection, processing books, maintaining displays, and keeping a small business afloat during a pandemic will resonate with booksellers.

The Sentence is as relevant as today’s headlines and is a challenging Gordian knot of a story, but is told with such clarity, humanity, and wry humor that the pages practically turn themselves. It ranks with Erdrich’s best work.

Just as the title promises, this hilarious collection of actual quotes will resonate with booksellers and book lovers alike.

The Name of the Rose by Umberto Eco

A murder mystery set in a medieval monastery with clues embedded in coded manuscripts. Deliciously labyrinthine.

Ever get to the bookstore and realize you’ve forgotten the name of the book you’re looking for? This funny little book is a visual delight, with Luz’s colorful depictions of half-remembered titles. A staff favorite at Mac’s Backs.

The Library Book by Susan Orlean

Orlean is the queen of literary non-fiction, and her meticulous account of the catastrophic 1986 fire in the Los Angeles Public Library will intrigue history lovers and bibliophiles.

Magic and mystery in an enigmatic, dusty old bookstore. What could be more phantasmagoric?

Shadow of the Wind by Carlos Ruiz Zafon

Set in Spain after the Spanish Civil War, this novel of literary intrigue revolves around the disappearance of a mysterious author’s books.

The Book Thief by Markus Zusak

I am as lonely

As an autumn eve.

The Music Game by Stefanie Clermont

This debut teems with restlessness and an uneasy sense of disconnection. Clermont’s characters in these linked stories are millennials finding their way in an increasingly hostile world. From Quebec to California, from squatter houses to dysfunctional childhood homes, they navigate a world that has betrayed them, and yet still holds a ray of promise. This variegated narrative has the reader aching for characters struggling with  violence, parental conflict, gender transition, and even suicide. It all sounds grim, but comfort comes in the form of the fragile community formed by this group of relatable outcasts. Beautifully, compassionately rendered.

Click here to read an interview with Louise Erdrich about her new book, The Sentence.

Always dreamed of having a sumptuous personal library? Click here to read about some enviable collections.

We lost a great feminist writer in bell hooks last month. Click here to read more on her legacy.

The Name Of The Rose (Paperback)

The Shadow of the Wind (Paperback)