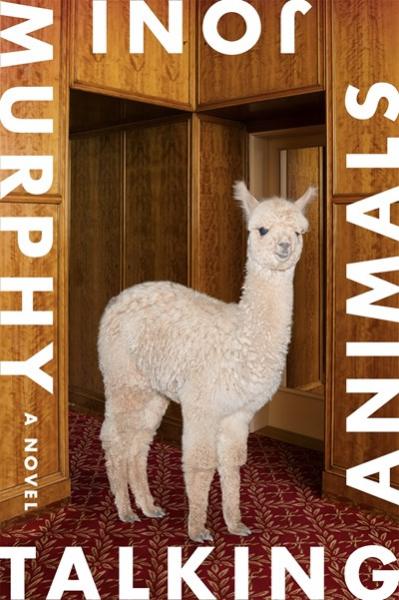 This month, we turn the lens on animals. Even if you’re not a pet owner, you encounter animals every day. Who has not been awakened by birdsong, had to swerve to avoid hitting a squirrel, marveled at an arrow of Canada geese honking their way north, or been assaulted by the miasma of a skunk on a warm summer’s evening? At the beginning of the Covid lockdown last year, I would walk around my eerily quiet neighborhood and see herds of deer crossing the street of my inner-ring suburb. Rabbits, squirrels, possums, and raccoons took ownership of this weird new world with few humans to harass them. In this new silence, I became more acutely aware of birdsong.

Animals are all around us, trying to navigate a world run by those of us at the top of the food chain, and we have not always had their best interest at heart. Tuning in to animals can be a first step in the process of  developing empathy. What pet owner has not wished that their furry, feathered, or scaled friend could talk? (I imagine my German Shepherd Rimbaud would have a deep, professorial voice.)

And what if animals were actually in charge and there were no humans? This is the premise of Joni Murphy’s Talking Animals, which was our book club choice for the month of June.

The first thing the reader must do is suspend all disbelief. In Murphy’s witty allegory, the animals of New York City run coffee shops, write dissertations, and work as low-level bureaucrats. Don’t ask how they do all of this without opposable thumbs, or what the carnivores eat, just go with it.

Alfonso is an alpaca who works as a file clerk in the bowels of City Hall. In his down time, he is working on his dissertation, a bloated 1,500-page tome which is ultimately rejected, driving Alfonso into a deep funk. His strained relationship with his father does not help his situation. He and his friend Mitchell, a llama, have discovered evidence of corruption at the highest levels of city government, all the way up to mayor Shergar, a megalomaniacal horse. The two friends frequent coffee shops by day and noise music performances by night, all the while plotting ways to take down the system.

In Murphy’s world, animals have done no better than humans in fighting climate change. Sea levels are rising, and many land animals advocate building a wall to keep sea creatures out. There is widespread prejudice against aquatic animals; they are seen as lesser creatures to be relegated to aquariums. Their allies on land, SERF (Sea Equality Revolutionary Front), are plotting a revolution. One of Alfonso’s favorite noise musicians Akida Kombu (a dog, and a very good boy), is helping to lead the charge. (Murphy’s description of Kombu’s performance at an underground club is spot-on, as any noise fan will attest.) Alfonso, Mitchell, and their friends are swept up in the cause, but their well-intentioned efforts are fraught with snags.

The story will evoke comparisons to Animal Farm, Kafka, Bojack Horseman, and even Charlottes’ Web. Puns, some of which are truly groan-worthy, abound. Bobby Seale is a revolutionary, you guessed it, seal. The Wolf of Wall Street is an actual, sheep-eating wolf. Chickens stand by the side of road, nervously waiting for traffic to clear. it is this sly humor that keeps the narrative from wallowing in despair. In the end, Alfonso is less of a hero than he would like to be. He remains a cog in the machine which he tried, however ineffectually, to disrupt.

Watership Down by Richard Adams

This classic fantasy follows the adventures of a group of rabbits fleeing their home in hopes of finding an ideal world away from the incursion of humans.

The gods bestow human intelligence on the dogs in a Toronto veterinary clinic. All does not go well. The book is by turns funny, horrifying, and wise, but not for the sentimental. Trigger warning - dogs die.

Hyperbole and a Half by Allie Brosh

This hilarious, heartbreaking graphic memoir of Brosh’s struggles with depression features some of the funniest dog stories you’ll ever read.

The Life of Pi by Yann Martel

Stranded at sea in a small boat with a tiger. What could possibly go wrong?

Any novel by Haruki Murikami

Nobody uses cats as a metaphor with as much deftness as Murakami. Their enigmatic nature is a fertile source of symbolism and magic in his stories.

Oliver’s approachable, autobiographical poems explore her life with dogs. She writes with a tenderness that will soften the hardest heart.

This collection of 16 essays is a modern bestiary, with witty selections on animals who have achieved fame in the human world. From woolly mammoths to spiders to wolves and more, Passarello turns a keen eye on how humans relate to and value (or undervalue) animals.

Argentine writer Uhart’s collection of wonder-filled essays about animal behavior is gently amusing and slyly educational. A wide-eyed view of the quirky behaviors of wild and domesticated animals. Click the link below for an excerpt.

This sweet little volume is jam-packed with poetry from such luminaries as Pablo Neruda, Lucille Clifton, Lawrence Ferlinghetti, Joy Harjo, and many more. The poems are like facets on a jewel, each with a fresh perspective on our best friends. See Denise Levertov's The Dog of Art, below.

The Dog of Art

That dog with daisies for eyes

flame of his very self at every bark

is the Dog of Art.

Worked in wool, his blind eyes

look inward to caverns and jewels

which they see perfectly,

measures forth the treasure

in music sharp and loud,

and growling smoky soft, the Dog

of Art turns to the world

the quietness of his eyes.

it’s the end of May and the sky is filled

with birds being little whores

dipping and weaving across the freeway

following each other recklessly

out of the bushes and into oncoming traffic

this is the kind of courtship i understand

one lover throwing themself in front of a car

every four seconds in order to seduce the other

each time a bird nearly misses my windshield, I gasp

after the fourth bird I give up worrying,

light a cigarette, and propose a toast

Here’s to being little whores, I say

I don’t usually review children’s books, but this one came across my desk, and being a huge Jon Klassen fan, I couldn’t resist. It comes out in September -

This hilarious follow-up to last year’s Skunk and Badger finds Badger in search of a piece of Spider Eye Agate to replace a stone stolen from his collection by his evil cousin, Fisher. Skunk accompanies him on his quest as camp cook, bearing a backpack bigger than himself filled with every pan and utensil and recipe ingredient known to animal kind. Skunk is having his own issues with his neighbor, a hedgehog who keeps stealing his New Yak Times Book Review off his doorstep. In their travels, they run afoul of Fisher, and meet a chicken who proves to be surprisingly useful. They make a shocking discovery while searching for the stone, which I will not spoil. The book begs to be read aloud, with puns, snappy banter, and onomatopoetic interjections. A fun read with a satisfying end.

Fuzz: When Nature Breaks the Law by Mary Roach

Thieving bears, jaywalking deer, murderous trees - just a few of the sylvan scofflaws found in Mary Roach’s new work. In her past books she has aimed her wry, sideways viewfinder at cadavers, the gut, and the afterlife. Now she looks at nature at its most renegade. She combs the globe, from India to New Zealand to Vatican City, interviewing scientists, naturalists, and wildlife experts to discover horrific (and often horrifically funny) stories of animals and plants running afoul of the law. Engaging, thought-provoking, and well-researched, it’s a smart look at how far humans still have to go to live in harmony with nature.

Click here to read a conversation with author Jeff VanderMeer and actor Lily Taylor on books, birds, and beauty.

Click here to read an excerpt from Hebe Uhart's Animals, mentioned above.

Watership Down: A Novel (Paperback)

Hyperbole and a Half: Unfortunate Situations, Flawed Coping Mechanisms, Mayhem, and Other Things That Happened (Paperback)

The Summer of Dead Birds (Paperback)