This kaleidoscopic novel spins us through the lives of twelve Black British women, each with a clear, fierce voice. Their stories intertwine, spanning centuries. From beleaguered school teacher Shirley, to flamboyant playwright Amma, to nonbinary social media maven Megan/Morgan, the characters leap off the page.

Evaristo takes us forward and backward though time, picking up each story like a thread and weaving into the next and the next. Her poetic voice comes to the fore in the structure of the prose. She breaks sentences into fragments and plays fast and loose with punctuation, spreading the words like gauze across the page. The effect is to propel the stories forward in an irresistible tsunami.

Keeping track of twelve distinct voices might seem daunting to the reader, but Evaristo is so painterly in her depictions of each that we feel as though we know all of these women. While the story is told from a Black British perspective, the viewpoint is far from monolithic. Universals abound; the reader feels a real affection for and connectedness with each character, reveling in their triumphs and empathizing with their struggles.

The book was co-winner (alongside Margaret Atwood’s The Testaments) of the 2019 Booker Prize. A well-deserved accolade for an extraordinary work. 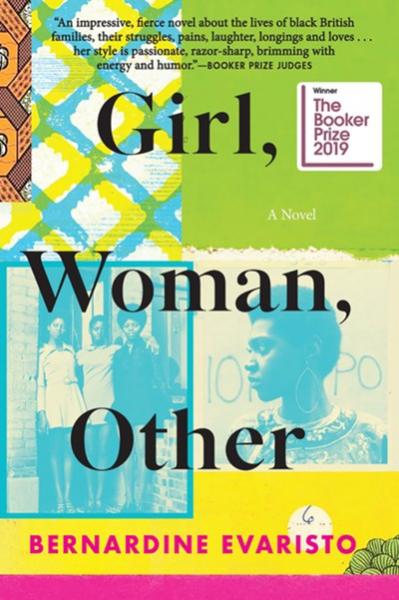 Charles Portis, the author of True Grit, passed away on February 17. Read his New Yorker obituary here. His landmark book, which inspired two film adaptations, set a new standard for the literary western.

In the right hands, such as Portis’, the western is the best kind of time travel, allowing us a vicarious way to experience the adventure and harships of America's checkered history. Here are some of my favorites -

Lonesome Dove by Larry McMurtry - McMurtry is the king of the western epic, spinning sprawling tales of heroes and miscreants.

Deadwood by Pete Dexter - You’ve seen the show, now read the book. It’s as gritty and and uncompromising as prose gets.

The Sisters Brothers by Patrick DeWitt - Quirky characters and a convoluted tale of betrayal and revenge.

News of the World by Paulette Jiles - A warm story that celebrates an intergenerational friendship that grows through hardship. It’s also a sly commentary on fledgling American journalism.

Doc by Mary Doria Russell - Russell channels the spirit of Doc Holliday and his cronies with snappy language and meticulous research. And, don’t miss the follow-up novel, Epitaph.

Inland by Tea Obreht - A femme-centric story that is mythic in its telling. Plus, camels. (Yes, camels.)

How Much of These Hills is Gold by C Pam Zhang - On the shelves April 2020. A brilliant debut. See the review below.

With luminous prose and a firm sense of place and character, C Pam Zhang has given us a glowing debut. Set in the American West during the gold rush, it follows siblings Lucy and Sam, children of a brutal, alcoholic father and a cultured, intelligent mother. Both parents are gone, and the children are left to find a suitable place to bury their father, and then to fend for themselves in a harsh, unwelcoming landscape. The children experience their own growing pains, and those of the country itself, as the clamor for gold and the impending opening of the West via transcontinental rail travel informs their movements. A sense of yearning for home and identity permeates every incandescent page. 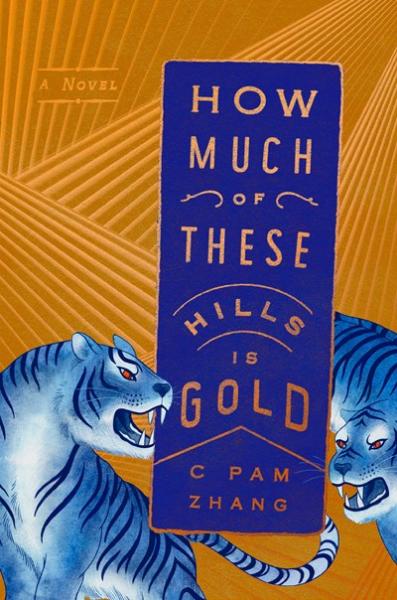 March is Women’s History Month, as well as a time to celebrate Irish culture. Here’s a poem from Irish poet and activist Sarah Clancy, from her 2014 collection, The Truth & Other Stories (Salmon Poetry, 2014) -

I pray for a poem without place names

for dislocation, for an end

to my mind’s petty nationalisms

I pray for this harsh religion’s downfall

words with space in them

I pray for amulets in verses

that I can brandish against darkness

I pray that I will write

a disassociated poem that floats me with it

to somewhere without bitterness

I pray that I will wear it

and that it will act as agent

to distil my anger into action

I pray that on pet days like this one

that somehow find me

in the sanctuary of St. Bridget’s well

beside a young person grieving

that it will make me able

that it will make me gentle.

Our friend Georgia Webber will be back to in town to lead a comics workshop, Drawing the Inside Out, on March 30. (See our calendar for more details.) Her upcoming book, Dancing After TEN (Fantagraphics, June 2020), co-written with Vivian Chong, has been chosen by CBC Books as one of 17 Canadian comics to watch out for. Click here to read more.

Laurie Anderson is one of my favortie artists. Everything she does is so wry and heartfelt. I love her sideways manner of looking at life. Click here to get a brief look inside her reading life.

Could Ramona Quimby be a hero for our time? Click here to read Rachel Richardson's analyis of Beverly Cleary's timeless character.

How Much of These Hills Is Gold: A Novel (Hardcover)

News of the World: A Novel (Paperback)