This month, in celebration of the much-anticipated publication of John "Derf" Backderf's Kent State: Four Dead in Ohio, we turn our focus on graphic novels as a conduit for gaining new perspectives on history - 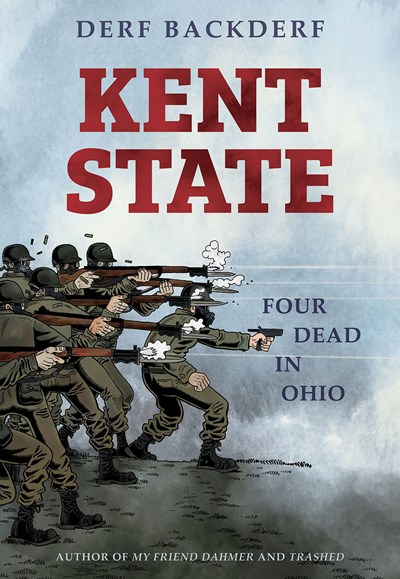 The Kent State shootings on May 4, 1970 were a dark blot on America's history, when the country turned its weapons on its own children. With Kent State: Four Dead in Ohio, John “Derf” Backderf gives us a meticulously researched, no-punches-pulled account of the events leading up to the shootings, culminating in a terrifying depiction of the events of May 4. (Originally, the book was scheduled to be released in April of this year, and events were planned to coincide with the 50th anniversary of the tragedy. For reasons obvious to anyone not living in a sensory deprivation tank in a cave on Mars, the release was delayed. On September 8, the wait will be over.)

The graphic novelist (My Friend Dahmer, Trashed, Punk Rock and Trailer Parks) tells the story of the events leading up to the shootings in chilling detail, with each panel carefully sourced. As with Trashed, in which he tied his experience as a garbage collector to the greater issues of rampant consumerism and throwaway culture, Derf makes the political personal. The story is told through the eyes of Kent students and townspeople, with his own commentary and research interspersed. He follows several storylines, including those of each of the four students who were killed. The stories all spiral to a devastating climax. Fourteen pages of footnotes document his fine-toothed-comb approach to research. He gives no quarter to those who were responsible for the tragedy, refusing to sugarcoat anyone’s motivations.

A warning to the faint of heart, when the book reaches the climactic point of the shootings themselves, every shot that hit a person who was killed or wounded that day is depicted in horrific detail.

Though the events happened a half-century ago, they have new relevance in the light of recent abuses of power by uniformed authority against protestors. A must-read for history buffs and graphic novel fans alike.

Graphic novels can be a great way to dip your toe into history. Here are a few titles that vividly bring the past to life.

The Best We Could Do by Thi Bui

Lewis’ 3-volume chronicle of the Civil Rights movement has never been more relevant.

Fire on the Water by Scott MacGregor & Gary Dumm

This loose, freewheeling story of the beat movement brings together a host of writers and artists for a variety of perspectives.

Satrapi’s memoir of growing up in Iran during the Islamic revolution has become a modern classic in the genre.

This heart-wrenching Holocaust story is told through the perspective of mice, with cats representing Nazis. (Sorry, cat lovers!) 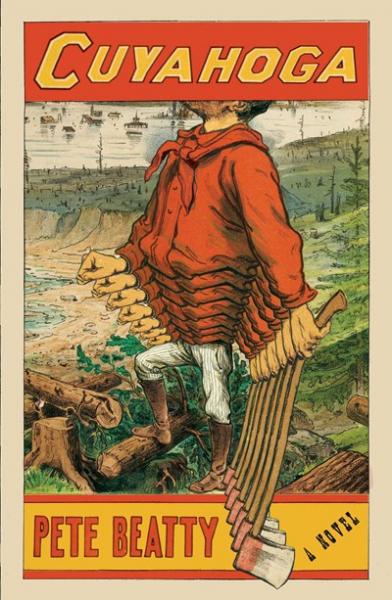 This rollicking tall tale reimagines the founding of Cleveland, Ohio as the feat of the superheroic Big Son. Our hero has the power of many brawny men, yet can’t win the heart of his beloved Cloe. The tale is narrated by his brother, Medium Son (or Meed for short) in a folksy vernacular that will leave the reader in stitches. The cast of characters is as quirky as anything out of Deadwood, and their exploits create a new mythology for the opening of the Midwest. You don’t have to be a Clevelander to be amused by the east side/west side rivalries and the presaging of the burning of the Cuyahoga River. A fun escape into an alternate history.

Poem of the Month

the poem begins not where the knife enters

but where the blade twists.

Some wounds cannot be hushed

no matter the way one writes of blood

& what reflection arrives in its pooling.

The poem begins with pain as a mirror

before my first funeral & so the poem begins

with old grief again at my neck. On the radio,

a singer born in a place where children watch the sky

for bombs is trying to sell me on love

as something akin to war.

I have no lie to offer as treacherous as this one.

I was most like the bullet when I viewed the body as a door.

I’m past that now. No one will bury their kin

when desire becomes a fugitive

between us. There will be no folded flag

at the doorstep. A person only gets to be called a widow once,

and then they are simply lonely. The bluest period.

Gratitude, not for love itself, but for the way it can end

without a house on fire.

This is how I plan to leave next.

Unceremonious as birth in a country overrun

by the ungrateful living. The poem begins with a chain

of well-meaning liars walking one by one

off the earth’s edge. That’s who died

and made me king. Who died and made you.

The New York Times' Decameron Project is a great selection of pandemic-related short stories by writers such as Margaret Atwood, Tommy Orange, and Edwidge Danticat. Click here to read.

Many of us are turning to nature to cope with the restlessness of being quarantined. Cick here to read what classic writers had to say on the subject.

The Best We Could Do: An Illustrated Memoir (Paperback)

Fire on the Water (Hardcover)

The Beats: A Graphic History (Paperback)